While it’s true that “saving money” is a number one priority, the fact that this equates to “spend next to nothing” is a myth.

Instead, it’s about maximizing the value of what you’re spending by making sure your attention is focused in the right areas. It’s about spending money with an eye towards maximum ROI above all else – especially in terms of marketing.

Thanks to advancements in digital content (and, more specifically, in the tools used to create that content), we’re now living in an era where it IS possible to produce quality content with an eye towards impact without blowing through a huge amount of your budget at the same time. It just requires you to keep a few key things in mind.

Bootstrapping and the Startup Life

Take TransFX, for example. TransFX is a transportation industry startup that is offering a product that has never before been seen in this sector: truck futures contracts.

They’ve got a great new, innovative product and an audience to sell it to – which of course means that they’re fighting an uphill battle. In the early days of TransFX, not only did they have to worry about A) creating awareness for a sophisticated and never-before-seen product, but they also had to B) educate an audience that was therefore totally unfamiliar with it.

Not to mention that C) they were a young startup, which means they had to do those other two things all while bootstrapping as well.

To TransFX, however, bootstrapping wasn’t just about spending less money on marketing – it was about making sure that they were spending the right money on marketing. They wanted to guarantee that every dollar was one spent with an eye towards maximum impact and quickly found that visual content like the Infographic was the only real way to do it.

The Case for Infographics and Presentations

TransFX was able to solve all of its problems at the same time by focusing on a series of weekly Infographics created with Visme (which I’m the founder of) about its impending product launch. They were intended to not only raise awareness about what they had to offer and why it was important, but also to convince people why they should care in the first place.

Through these techniques, TransFX was able to inexpensively create Infographics and presentations every week. The tools they were using were so sophisticated-yet-simple that they didn’t have to bring in an outside designer to craft their content – they could handle everything themselves.

By focusing on mastering the format and getting it out to the right audience, they saw a huge amount of success in terms of not only educating and priming their audience, but also driving impressions and page views to their blog. They were also able to increase engagement through Twitter, LinkedIn postings and more because their content was also ready for sharing.

But the truth is that TransFX and other organizations who relied heavily on visual content were successful isn’t necessarily because they’re geniuses – it’s because visual collateral is so powerful in the first place.

Convincing data is the perfect way to demonstrate that you’ve done your due diligence, providing a rock-solid and objective foundation for your argument. Visualizing it in the form of a compelling Infographic or presentation with a strong narrative through-line makes those ideas more accessible.

It makes it easier for people to understand, which in turn makes it easier for them to become emotionally invested. It gets your already valuable point across in a much more natural and compelling way. It also increases the impact and recall of the ideas you’re trying to convey, leading to someone who is much closer to taking your desired action than they would be had you used other techniques.

All of this helps you generate maximum return on investment on that content, which allows you to stretch the value of every last cent that you’re spending as far as it can possibly go. 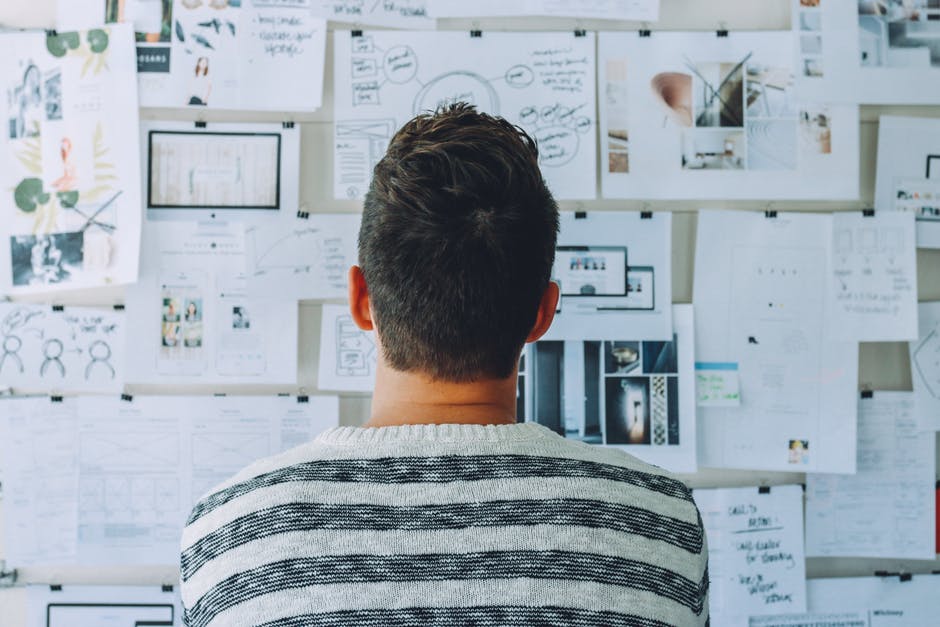 The Right Decisions For the Right Time

Generally speaking, there are a few universal tips that every startup in the bootstrapping process should follow. One of them is to “be thrifty,” or to never spend $10 when you can get away with spending $7 on the same result. This one essentially speaks for itself.

Another is to never outsource a job that you can do yourself. Why pay someone to come in and perform a task if you can get it done on your own, even if it takes a little more time?

Finally, one of the most commonly used pieces of advice for bootstrapping startups is the idea that you should forget that NOTHING is impossible to learn with the right attitude.

Taken together, what does all this sound like? If you said “using digital marketing to create momentum at such an important time,” you are absolutely right.

With tools like Visme, you no longer NEED a graphic designer to create compelling Infographics and presentations. You can learn what makes this content so compelling yourself and apply that knowledge with tools built for people in your situation. You can then handle content creation in-house, saving a lot of money in the process.

Because visual compelling is so powerful, you’re also circling back around to the biggest bootstrapping goal of them all: extracting the highest level of value that you can by spending your money in the smartest way possible.

Payman Taei is the founder of , an easy-to-use online tool to create engaging presentations, infographics,  and other forms of visual content. He is also the founder of HindSite Interactive, an award-winning Maryland based digital agency specializing in website design, user experience and web app development.